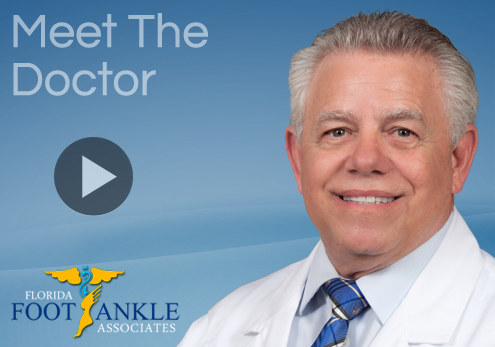 Mon to Friday 8am to 4pm
Home Visits
Transportation

A Miami native, Dr. Lampert has been practicing in Little Havana for 36 years, close to the neighborhood where he grew up.

After graduating high school, Dr. Lampert studied pre medical sciences at the University of Miami, then decided he wanted to study podiatry and attended the Ohio School of Podiatric Medicine (now the Kent State University College of Podiatric Medicine). As soon as he finished his residency at the Cleveland Clinic, Dr. Lampert returned to Miami to be close to his family.

Today, Dr. Lampert spends most of his time performing podiatric surgery, however, his practice does include treating bunions, hammertoes, heel spurs and performing diabetic foot care.

From 1991 to 1992, Dr. Lampert was president of the Dade County Podiatry Association and he is currently on staff at Mercy Hospital and at the University of Miami Hospital. At Mercy Hospital, Dr. Lampert is also an Adjunct professor for Barry University’s podiatry school, so he also helps to train the residents there.

University of Miami
Bachelor of Science (1971)

"Our goal was never to be the largest, it was always to be the best."